I hope you love yarn, because I have a pretty impressive list of yarn listed this week! 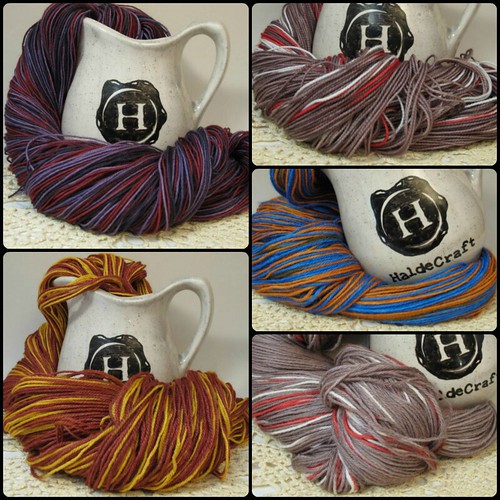 Here's everything that's relisted (or new, and that will be marked):

Whew! Did I say whew? WHEW! I got a lot done last week, although it didn't seem like it when I was doing it. I also dyed up five or six new and restock colors in my spinning fibers, but they're not quite dry yet so will be listed later this week.

Meanwhile, you can see the new yarns on the front page of HaldeCraft, or just go straight to the yarn section.