October's yarn is in the mail, and starting to arrive at its destinations. That means I can tell you about last month's yarn!

September's club colorway was Kissed by Fire, and I think you can guess that this is inspired by Game of Thrones (unless you know nothing, Jon Snow). 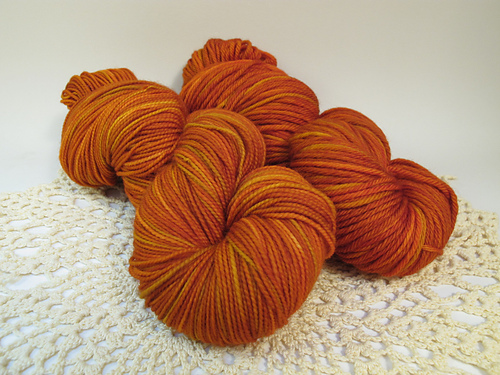 Kissed by Fire is inspired by Ygritte. Ygritte is one of the Free Folk (called “the wildlings” by those south of the Wall) and is a spearwife (comparable to the Viking sheldmaidens, if you aren’t familiar with the series), a more-than-competent archer, and has quite a sharp tongue. You would think this would all line up to make her my favorite character, wouldn’t you? But for some reason, I just never took to her when I was reading the books. I’m not sure why – she seems like everything I would like in a character – but I just never really felt the love. When watching her brought to life in the HBO show, however, it was a different story entirely and she rocketed up to one of my top five favorites (nobody will ever replace Tyrion in the top spot, though). In case you’re not familiar with the series, Ygritte has wild curly red hair, which the Free Folk consider to be especially lucky and they refer to rare redheads as being “kissed by fire.” 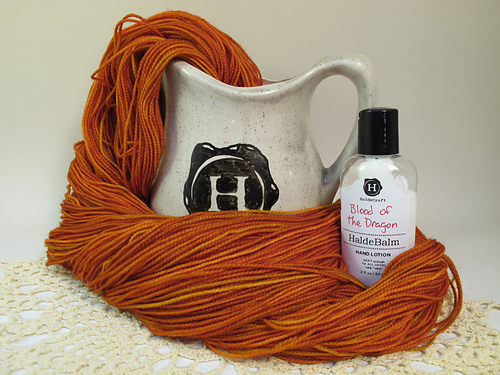 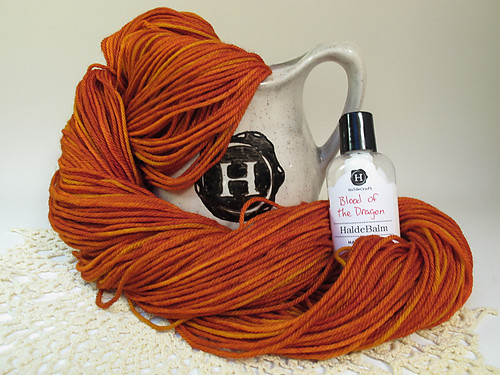 Stay tuned this time next month for October's colorway....