This product listing is for the Summer 2015 yarn club, a club that runs from May - July 2015 and is for three skeins of yarn in the weight of your choosing. This listing will be active until April 30th, 2015.

For the theme this round, we are going into uncharted waters. Did I say waters? I meant uncharted areas of space! Imagine that you're an astronaut. Somehow, you get thrown into a wormhole. You accidentally crash into another ship, killing the occupant. Then you find yourself on a living spaceship, surrounded by other prisoners, aliens, and you're all trying to escape. Doesn't that sound fun? If so, you'll like this club, inspired by a beloved - and of course cancelled - television series. 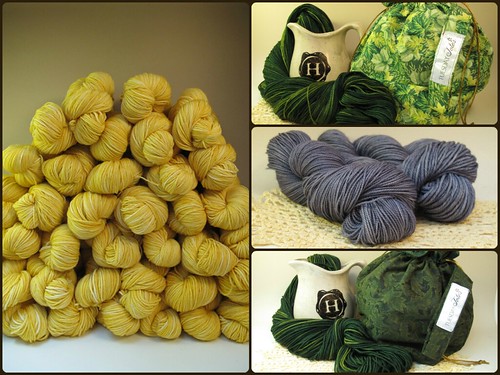 A note about the colorways this round! Two of them are going to be very similar - from the same color families, so they will look similar, but not exactly the same. All three yarns this round will have at least two different colors in them, so although I do love the semi-solids and slightly variegated, that's not where I'm going with this round. The two yarns that match will both be in the same base, so that if you want to combine them into one project there won't be a problem with trying to get the same gauge with different yarns.

Curious about past rounds, or what style of colorways I tend to gravitate towards when I'm dyeing yarn? You can see the 2013 rounds of club colors here. Typically, two of the three yarns are of my standard base selection, and one is a luxury base (occasionally if I am intrigued by a luxury base I've never used, two of the three months might wind up being luxury - there will never be less than one luxury base yarn in club). 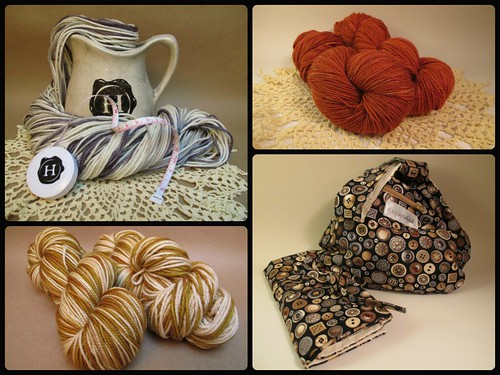 ***PLEASE NOTE*** There are four different options of club; this is a little different from the last two years of club. I've had to limit the number of swag options and that means a couple of changes. While I have an unlimited number of spots available for both sock and worsted weight yarn ($60), there are now a very limited number of spots available in both those weights with swag ($75). Each option gets you three skeins of yarn in the weight of your choice; one each sent in May, June, and July (club ships on approximately the 15th of the month, although I do try to get International packages in the mail a week before that, so that hopefully all yarn arrives at close to the same time). If you are opting for swag, and have sensitivities or allergies, please note those in the comment section when completing your purchase (IE, "I would like unscented if the swag is soap or hand lotion" or "I am allergic to peppermint").

Why the change in swag? As yarn club has gotten bigger (which is AWESOME), it's getting harder and harder to (a) make that much swag myself or (b) find another small indie maker/artist who can make large quantities of things with a pretty quick turnaround time. I'm still working on trying to find a most fair way for the regulars, to make sure that you know club is up and swag available, before it sells out. It's a challenge to find a way that both takes into account the start dates of my advertising, the fact that there's not a way to "hide" the listing or make it available to only a few, and keeps it fair for everyone.... which is my long-winded way of apologizing if you don't see this until close to the end of April, and swag is already sold out. Questions? Feel free to message me privately, or post here.

Hooray, yarn club! Thanks, y'all!