Let's see... when last we left our intrepid heroes, they were pretty sure they'd finally worked out the last of the plumbing problems.

Well, let's see. Let me read over my last moving post, and update....

The truck hasn't had to go back to the shop for anything; yesterday I noticed a weird clinking sound coming from the back but I'm reasonably sure that's the dolly we tossed in the bed, hitting something metal when we go over bumps.

The pipes that had been chewed through are all fixed, and two of the three toilets in the house work. The studio doesn't currently have water, but we're working on that as we also work to install the dye bar sinks, a new bathroom sink, and possibly a clay sink (with a clay trap). I should clarify we've kept that water off deliberately, as there's no sink in the bathroom yet.

The driveway is still not repaired. The guy who was supposed to call us, didn't; he'd lost his book of contacts at a job site. We called him, he came out, he said he could do it one of two ways, and said he'd email us a quote. That was last week, and we've heard nothing yet. In a little less than a week we need to get a U-Haul down the driveway, and in about two weeks, an RV (the RV did make it in, thanks to cutting down a couple of trees so they could drive on the grass... but it was touch-and-go there for a minute). So. Exciting. 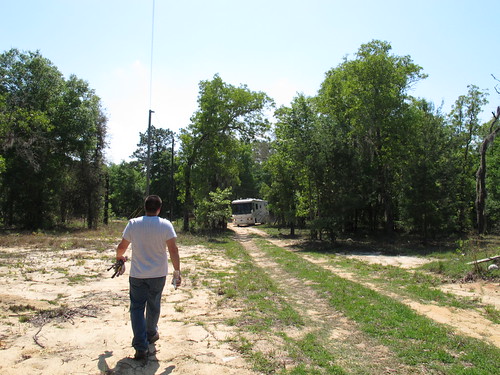 That Poor Man did fix his chainsaw, and while another tree still needs to come down so the RV can swing wide on the exit, he did get the other trees chopped up and now they're waiting to be firewood. 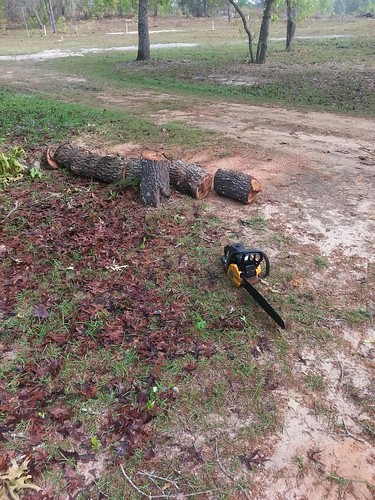 Deck material has not only been delivered, but now is halfway to being a back deck! 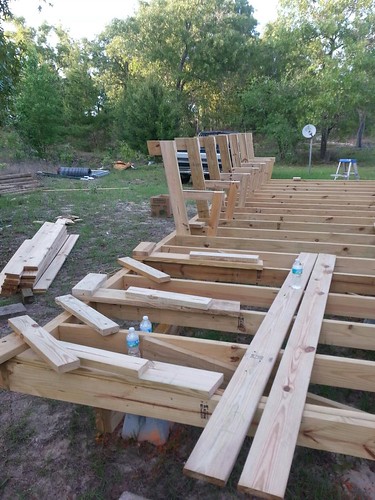 The new stove and fridge made it out, and after some exciting confunction involving taking off the front door and weatherstripping on the house, and taking off the refrigerator and freezer door handles, everything got inside.

Fencing materials have been purchased, but we're still trying to decide where/how we want to lay out the fence for the dogs (somewhere, somehow, there's a nice mix between "a lot of room" and "not so much room that we can no longer see the dogs from any of the house windows". 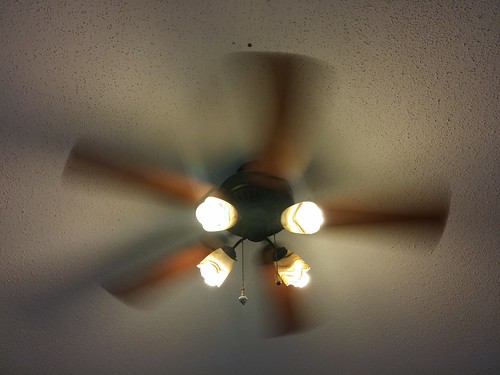 Our friends Greg and Caitlin (many of you know her from String Theory Colorworks), when they moved away from Gainesville, gave us a ceiling fan/light fixture that they'd bought for their apartment, and didn't want to give to the apartment upon leaving. We had one wonky ceiling fan in the house, so we took it down and put this one up in it's place. The ceiling fan in the new studio out at the property didn't throw off enough light (any light, really) so we wanted to switch that out. My job was to choose one that threw off the most light -- so I chose the one fan in the store that had clear bulb covers, and four lights. I didn't even notice until Tim's aunt went to install it that it didn't use regular light bulbs, it used those teensy ones. So, we took the new fan, switched it out for the fan in our kitchen in the house - the one Greg and Caitlin had given us - and now Greg and Caitlin's fan is installed in my new ceramic studio. Way to carry on, my friends! A little piece of you is already in our new location! 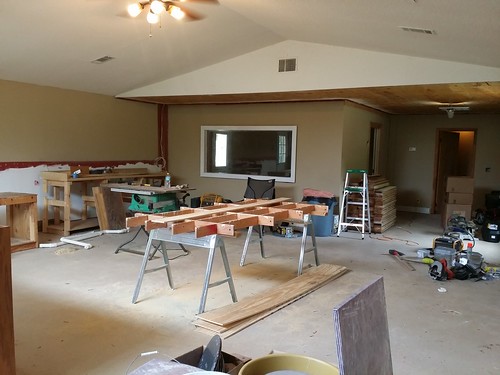 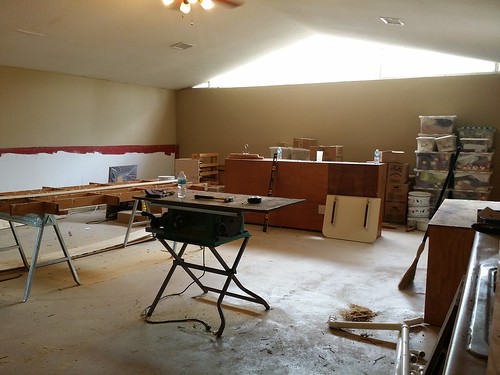 Our friend Craig (Mr. Tuesday Tutus and Totes) was a big help this last weekend in cutting down the benches for the back deck, and helping to get the studio shelves started. It now smells like sawdust in my studio instead of cheap paint, and that makes me happy. (Having said that, I'm about to paint, since when That Poor Man took the siding off the bottom half of the walls, they hadn't painted under it, and that will drive me insane if I have to see it like that every day.) 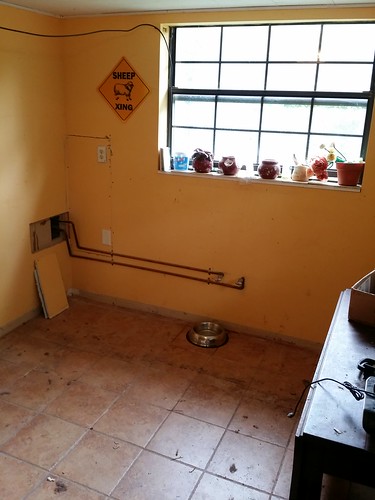 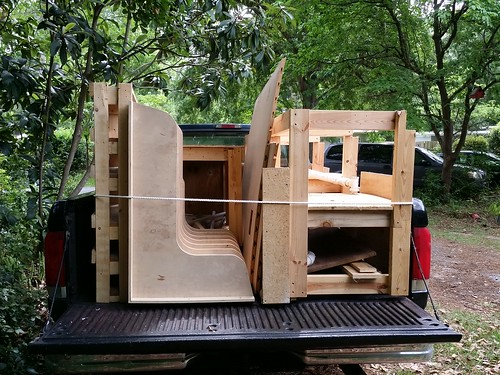 My dye and soap bar has been deconstructed, loaded, and moved. It's not completely set up yet - I need to paint, and plumbing has to be run for the sink... and hopefully that will all come together before the 26th! Hah! I kid, it will come together. It might come together on the 25th... but I'll be dyeing the next round of yarn club in my new space, for sure.