I have things I'm working on this week - can you believe it?! I've been able to paint one-handed as the jars of paint are so small I can hold them with the free fingers on my left hand, opening them with my right... but the glaze jars are too big for me to wrangle. That's OK, though, because it's given me a lot of time to catch up on smaller things I haven't had time to work on, which is nice. 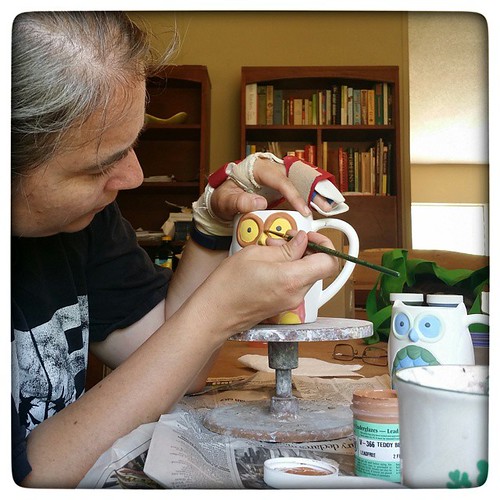 Also, I've been down-graded to a finger cast instead of a half-hand cast, and that means I've been cleared to knit! I'm under instructions to stop when it hurts, and rest, but every day it hurts a little bit less and I can knit a little bit longer before resting. 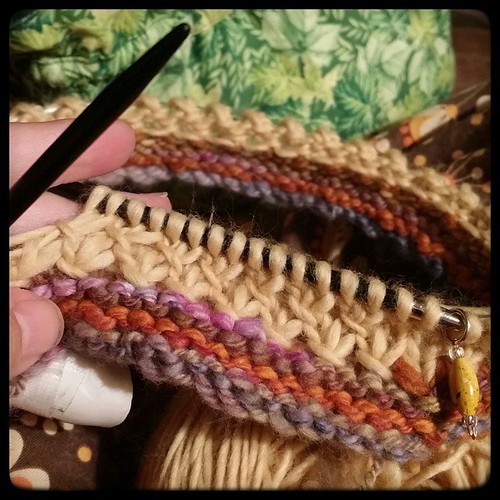 I have to wear the finger cast for at least two more weeks - that'll put me six weeks away from the original fracture, and five weeks away from surgery. Why does it seem like longer than that in my head? What a long, strange month June was. Now it's July, though, and  I don't know about y'all but I'm ready for a new start!