In ceramics, I've been working on a personal project I have due at the end of August... 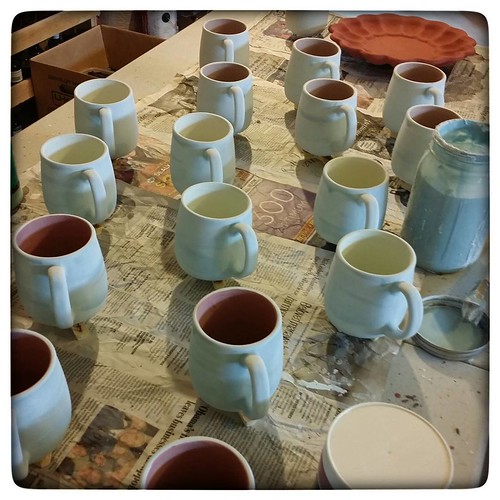 ... a series of mugs for the guests at my Aunt and Uncle's 50th Wedding Anniversary party. This will be decal work, so there's another step to go after I get everything glazed and fired. And there have been a number of restocked ceramics over the last couple of weeks! A few more things will be in the next firing, as well. I'm hoping to fire Saturday. In soap, I've made some restocks! 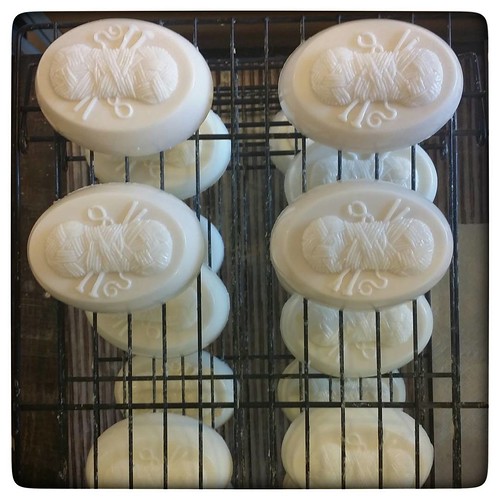 About half of the restocks are in the Yarn & Knitting Needle design, as I'm getting ready for the Florida Fiber-In next month; but there will be a few other restocks and beefing up of stock also.

In yarn, I'm not doing much yet (but did you see my latest newsletter?). More on what's hinted at in that, soon! 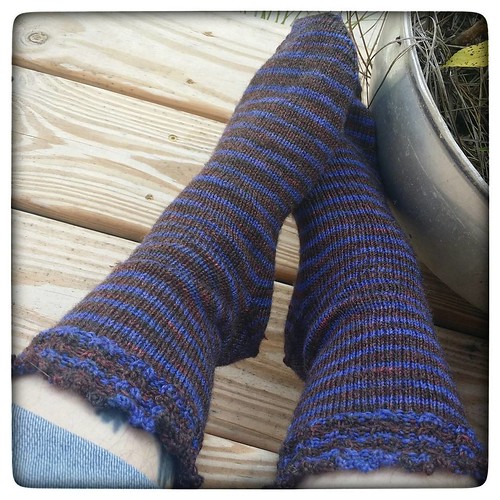 I have also finished knitting a pair of socks I've had on the needles for a while, in my beloved (but no longer stocked) base yarn, Anne. I did love that Bamboo base, but sadly, my distributor stopped carrying it.

But mostly, the studio! You know what? I have so many photos I'll just do a separate post on the studio, tomorrow.

That's me... that's my week. What about y'all? What have you been doing?