Good morning, everyone! Or afternoon, if that's when you're seeing this.

The last few weeks have been a whirlwind of activity, culminating in a party three years in the making - my aunt and uncle's 50th wedding anniversary. That's what all those mugs have been for, the last few weeks (they were very much appreciated and everyone loved them).

Now my head is full of things I want to try to get finished before Fiber-In, the weekend of September 18-20 (in Orlando, if you're in the area), and I have such exciting things in the works, like these yarn bowls that have been in my head for what seems like forever but is really probably only since February or so -- 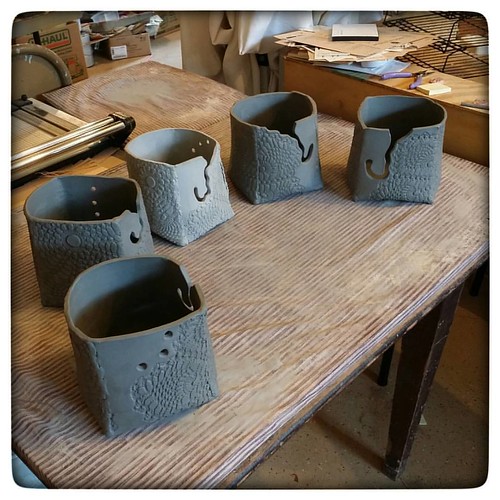 I'm also dyeing yarn (when I'm not out of dye, sigh... major miscalculation on my part) and hope to have Sweet Baby James finished by the end of the week. I'll also have a new colorway that I'll debut at Fiber-In, and will stock in the shop after that.

In short, I'm ready to get to work! My energy is high and my excitement about what I'm doing is racheting up the more I make things that come out like I saw them in my head before I made them. Life is good, y'all!