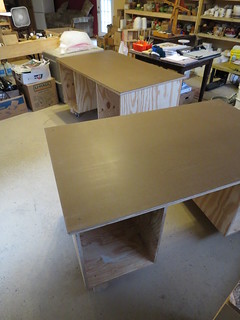 One thing that was always really a challenge about the old house was that in order to work on one thing, I'd have to clean off my work space from whatever I had been working on -- so for example, I couldn't slab-roll clay at the same time I was dyeing yarn, because I needed that surface for either the slab roller or the dye pots. And if I was using either of those, I couldn't make soap, because ... same surface. I couldn't wrap soap and wind yarn at the same time (same work surface) and if I was doing either of those I couldn't work on buttons or stitch markers (again, same work surface). Are you sensing a theme, here?

So one of the things that was important about the new studio was that it should have the space for a certain number of work surfaces. I don't mind sharing a surface for the dye pots and the soap, I don't usually need to make soap at exactly the same time I'm dyeing yarn, anyway. So when some pots are in use, others can sit below, in storage. Then I should have a surface for the swift and yarn winder. A dedicated surface for slipcasting that is not the same surface as the slab roller. There should be a table for handbuilding and working on greenware and it should be a different surface than the one for painting and glazing, since the glaze shouldn't get on the greenware. And I should have a "clean" table that would be for wrapping soap, working on buttons and stitch markers, things that aren't as drippy/messy. 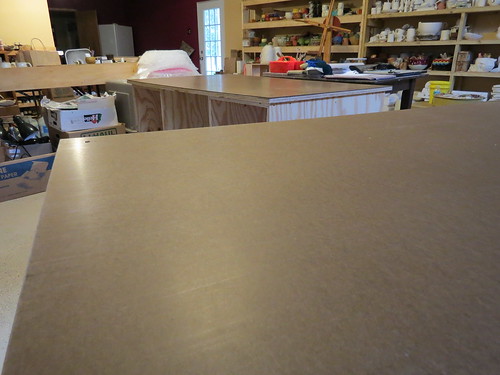 Behold, the beginnings of my work surfaces! The first two tables are the handbuilding table and the clean table. Tim has covered them with tempered hardboard. It's inexpensive, so can be replaced when it gets mucked up, and as a bonus, the scraps can be used to make batts for my wheel! 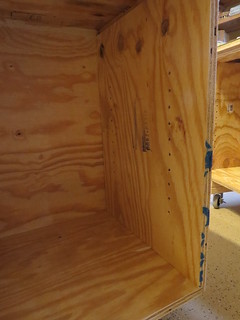 There are storage spaces, two on each side (so four per table). He drilled small holes inside each one, and will cut some shelves later; we can get some of those little metal things to stick in the holes, that will support the shelves (like on a bookcase). 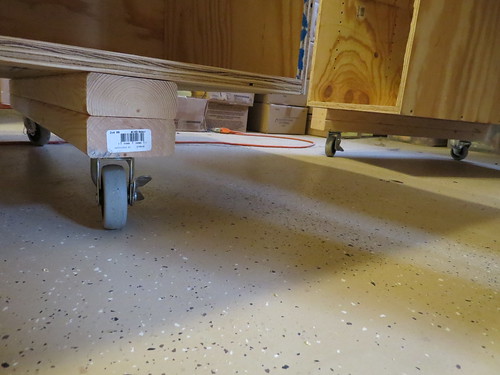 Underneath, he put wheels. Lockable wheels. So when the table is being used - lock the wheels! Need to move the tables? Unlock and roll! So far I've only forgotten to set the brakes and accidentally leaned on the table once (sorry, dog who was under the table). 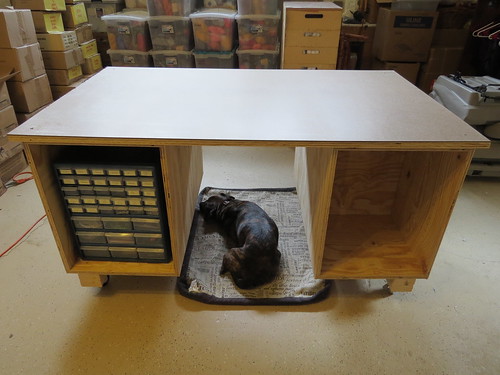 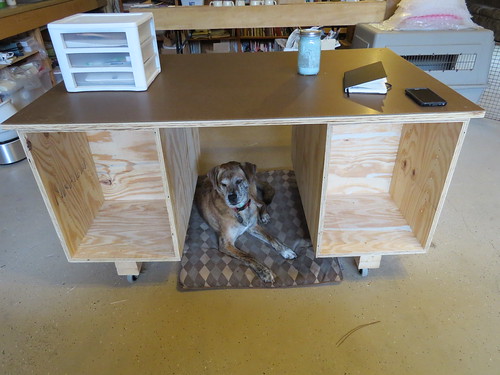 Speaking of dogs under the table... the two of them at which I'll likely be doing most of my sit-down work, the handbuilding and clean tables, we decided at the last minute not to completely make them storage underneath, but to keep a third of it open so the dogs can do what they love to do and sit at my feet while I work. (OK, and I have somewhere to put my legs, too.) 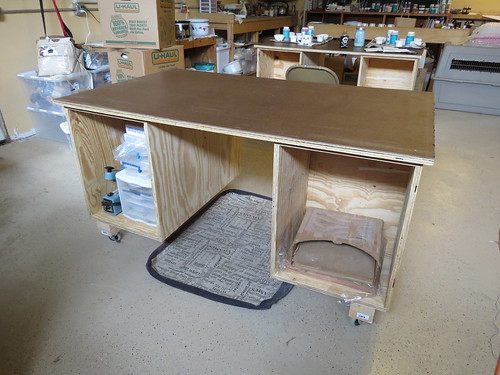 And how is the studio looking now, overall...? (And yes, I know I'm referring to that as my handbuilding table, but I don't have anywhere else to glaze right now -- hence the newspaper to catch drips.) 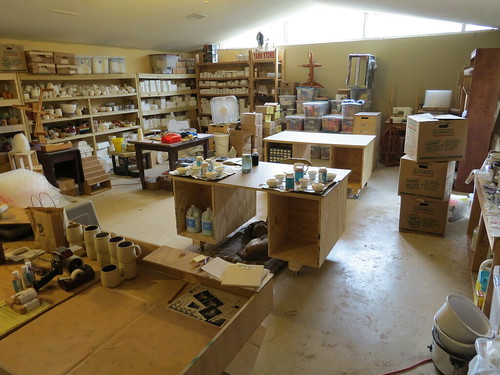 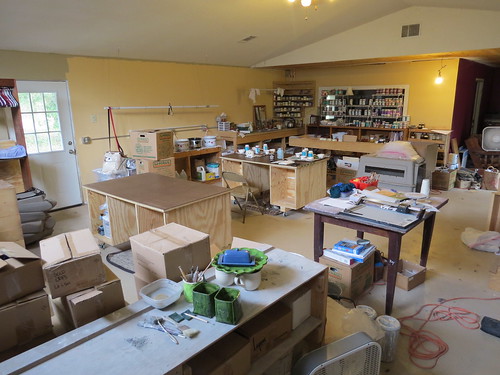 So, the studio is really coming along!