It may surprise you to learn that I'm not independently wealthy. I KNOW. How can a woman who makes baby head mugs and writes serialized science fiction be RAKING IN THE DOUGH?! It's true. You don't choose this way of life to get rich quick. Because I ask people to give me money for things I can't not make, I love to give other people money for the things that they are also on fire about making (or trade for - the barter system is alive and well in the Maker community). 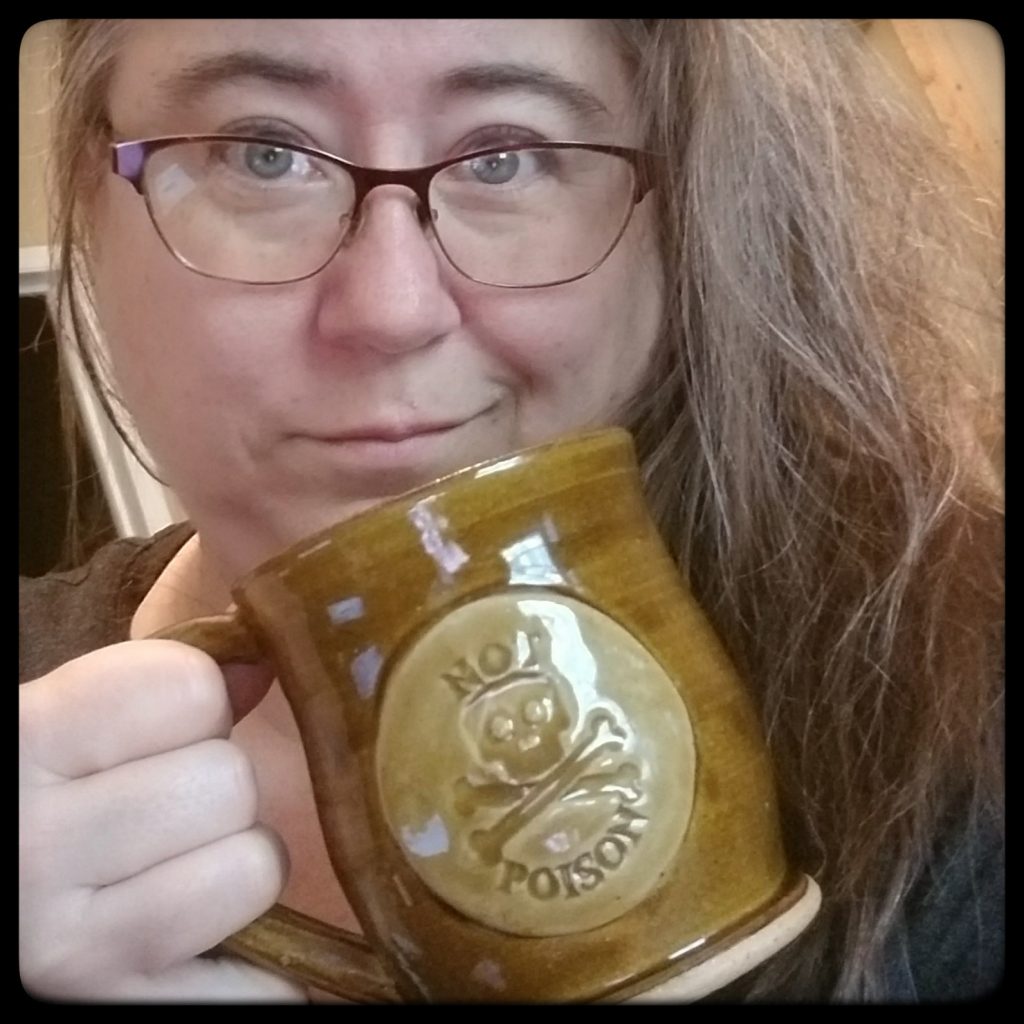 This is my second Lobster Rose Pottery mug. Yes, the other one I have also says "NOT POISON"... if she'd had them in brown when I first saw them, I would have snatched it up - but this way, I have a brown one now and a blue one... one for the house, one for the studio!

I met Gretchen last year when I went to ICON with Aunt Gay and Uncle Joe. I mean, of course I gravitate towards the one potter in a room full of book and game sellers, right? We hit it off just gabbing at her table, and became Facebook friends, and y'all, she's awesome and you should check out her stuff. If you know and like me as a person, you would probably like her as well, because we seem to think in a lot of the same ways. 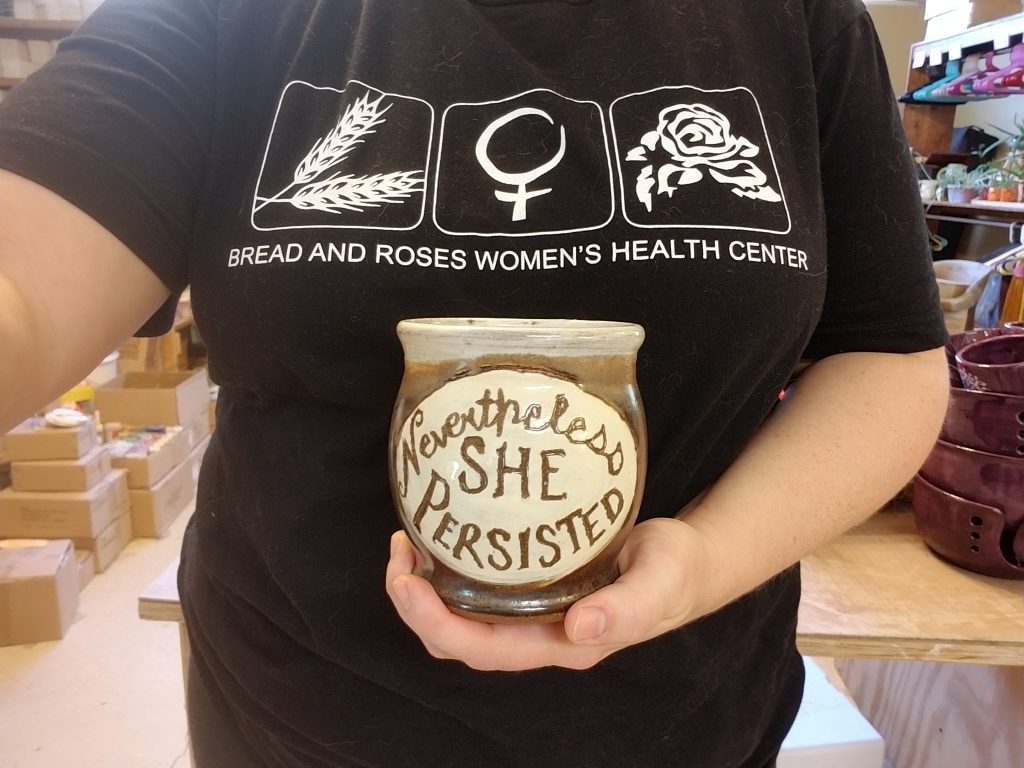 Another potter I'll happily spend my hard-earned dosh on is Dancing Pig Pots. While she primarily sells at RenFairs around the States (including the Maryland Renaissance Festival, where a lot of my DC area friends spend a whole lot of time), lately she's also been doing a line of what she calls "Rage Mugs" and y'all, this is definitely something I can get behind.

And if you follow my personal Facebook account, you already know that I just donated to the Kickstarter campaign of an artist I've been following on Instagram for a couple of years - Lyndsey Green. She's doing an enamel pin set inspired by Watership Down, and y'all know how much I love me some Watership Down. I'd bought her print a year or so ago and I'm excited to add these pins to my collection.

OK, that's all I have time to gush about this morning... plus, I've probably just made you spend most of your paycheck, haha. And this barely scratches the surface of the other Makers I like to support! What about y'all? Who do you like that you think I might never have heard about?

I’m beginning to think we might have been separated at birth, and then soaked in separate boozes, so I’m the rum version and you’re the whisky. Other than that….